Massachusetts.Gov : A Guide to Water Quality Testing for Private Wells 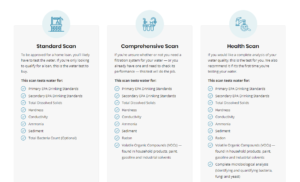 As a general rule of thumb, public water supplies are tested frequently for contaminants and most suppliers are required to provide test results to their customers annually. If you are on a public water supply (whether municipal or a small community system), get and read a copy of the test reports (Consumer Confidence Report) when you are able. These tests are usually done on the water at the treatment plant. Residents may have concerns about the quality of municipal water reaching their home (after it has been distributed through water mains and their home plumbing), and may want to conduct further tests on their water. Testing a private water supply is generally the responsibility of the property owner. Private water supplies should always be tested before a home is purchased and whenever a new water supply is being developed.

It is important to keep in mind that no individual water treatment device removes every contaminant from drinking water. Depending on the severity of contamination, it may be necessary to replace your source of drinking water by developing an alternative water supply or purchasing bottled water. Some of these options can be costly and inconvenient, so it is important to have your water tested regularly and remain informed of community water quality issues and decisions.

What is a chemical contaminant? What kinds of contaminants or pollution are there in water? How much of a chemical in my water is dangerous?

Water is an unusually good solvent, which means many different kinds of materials can be dissolved in it. Solid particles and small organisms can also be suspended in water. Except in certain controlled laboratory settings, what we think of as water is never 100% H2O. For example, naturally occurring gases such as oxygen and carbon dioxide will dissolve in to the water. Water usually contains some dissolved gases, plus dissolved charged particles (ions) such as sodium, calcium, and iron. The composition of water in natural settings will reflect the rocks and soils through which water has passed, the organisms living in or near the water, and human activities. Information on some of the most common contaminants of concern is covered in the sections below. Some chemicals are added to water on purpose as part of a treatment process, for example, to kill microorganisms, adjust the acidity, or improve the taste or clarity.

How much of a substance in water is dangerous depends on (1) what chemical it is, (2) how concentrated it is (see next section), and (3) how much exposure you have through drinking, showering, swimming, etc. There is no general rule for how much of a substance in wateris dangerous. The U.S. EPA and state agencies set drinking water standards for public water supplies based on studies of toxicity, and set different limits for different chemicals.

What units are used for the concentration of chemicals in water?

When scientists measure compounds in a water sample, they usually express the results as a concentration – how much of the compound is found in a given volume (3-D space) of water? Three grams (3g) of sodium chloride salt dissolved in a Liter (1L) of water could be described as water with 3g/L of sodium chloride. In the same way you can double a recipe, this would be the same as having 6g of salt in 2L of water, but the results are usually reported per Liter or per milliliter (mL) so they can be compared easily.

To picture a Liter, imagine an amount a little larger than a quart, or half of a 2L soda bottle. A milliliter (mL) is much smaller – exactly 1000mL makes 1L. A mL of water is about 20 drops. 1 mL of water has a mass of 1 gram (the metric system is set up that way on purpose). A gram is a little heavier than a paperclip. A gram is 1000 times heavier than a milligram.

Different units are used to express water testing results depending on the measurement technique, typical concentration of the substance, the how the numbers will be used, and tradition. Some units commonly used to describe the concentration of substances in water are:

mg/L, milligrams per Liter – sometimes this is referred to as ppm, parts per million, since a Liter of water weighs 1 million mg.

µg/L, micrograms per Liter – sometimes referred to as ppb, parts per billion (there are a billion mg of water in a Liter of water). These units are much smaller, 1000 times smaller, than mg/L; 2000ug/L is the same as 2mg/L.

grains is sometimes used for a unit measure of hardness (calcium and magnesium ions in water). 1 grain of hardness = 17.1 mg/L or 17.1 ppm of hardness

CFU/mL (bacteria) – colony forming units – it is difficult to count bacteria, so sometimes they are diluted, grown on a surface, and then visible colonies are counted, assuming each colony comes from a single starting bacterium. 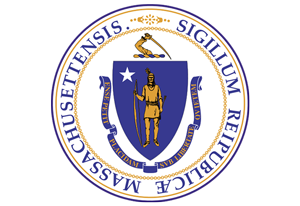 Get To Know Inspections Plus